Chapter 2: The Psychology of Everyday Actions

If an error is possible, someone will make it. The designer must assume that all possible errors will occur and design so as to minimize the chance of error in the first place, or its effects once it gets made. Errors should be easy to detect, they should have minimal consequences, and, if possible, their effects should be reversible.

This chapter of The Design of Everyday Things introduces and formalizes basic concepts and principles of design from observations of everyday objects. Why some objects, as simple as doors, please their users while others frustrate them.

If a task appears simple or trivial, people blame themselves rather than faulty design.

if everyone perceives the fault to be their own, nobody wants to admit to having trouble This creates a conspiracy of silence, maintaining the felling of guilt and helplessness among users 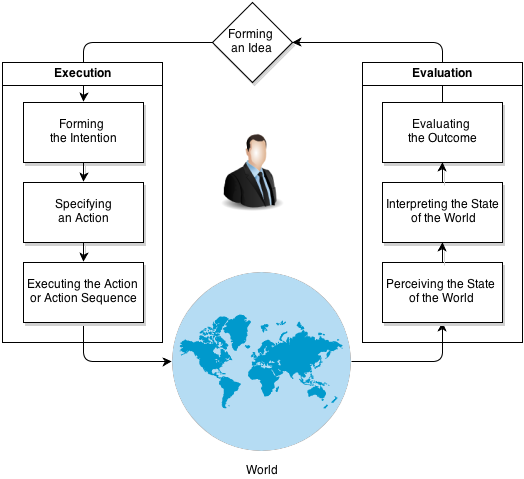 Each gulf reflects one aspect of the distance bteween the mental representations of the person and the physical components and states of the environment. These gulfs present major problems for users.

The Gulf of Execution

“measure of how well the system allows a user to perform the intended action”
Ex. how well does the system provide actions that correspond to the intentions of the person?

The Gulf of Evaluation

“measure of how much effort a user must exert to interpret the physical state of the system and how well the expectations are met”
Ex. Does the system provide a physical representation that can be directly perceived and that is directly interpretable in terms of the intentions and expectations of the person 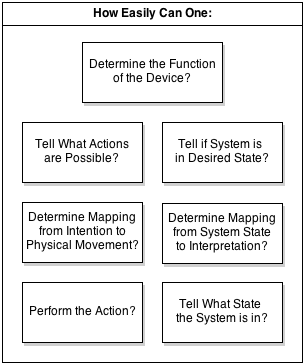